Yes, I’m in the mood for some Destiny’s Child today. Who wouldn’t, after learning that female futures traders in Australia earn a jaw-dropping average income of $315,197. That’s 4% more than their male counterparts.

According to Australian Taxation Office, future traders is just one of the 72 out of 1100 jobs where women earn more than men. This information is based on ATO’s annual Tax Statistics for the financial year of 2016-2017. Definitely not a throwback.

Female authors, magistrates, pro surfers and illustrators are some other occupations where women earn more than men their male equivalents.

“They might be very small populations, for example female pro surfers earn $76,000 and males earn $48,000, there could be a couple of outliers in the female population that bump the average up,” said ATO deputy commissioner Louise Clarke. 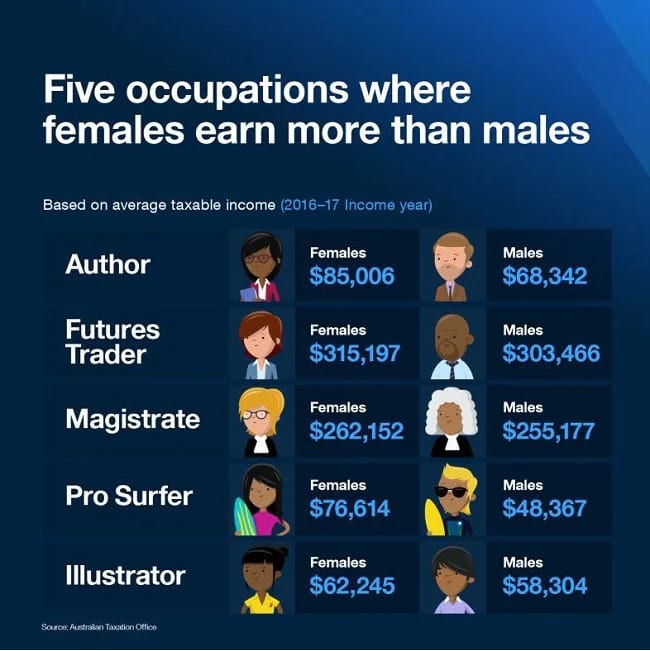 5 out of the top 10 highest earning occupations in Australia are from the medical field. Surgeons remain at the top spot with an average taxable income of $394,866, followed by anaesthetists with $367,343 and internal medicine specialists with $299,378. 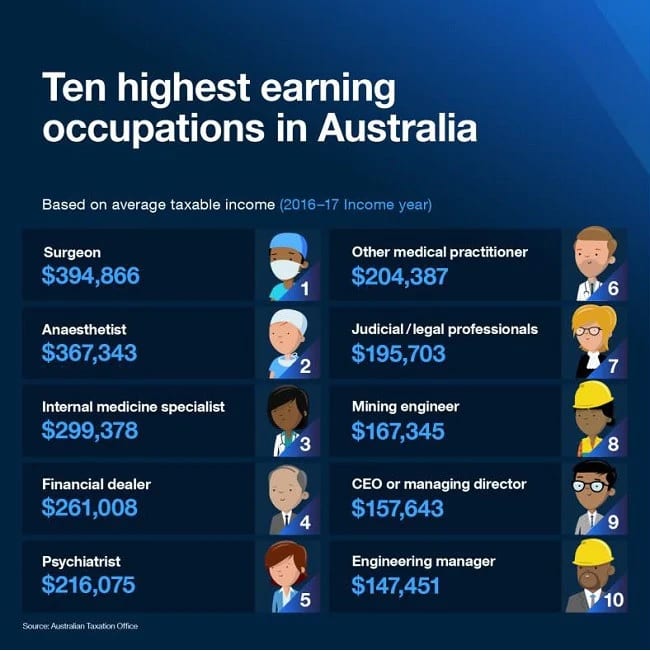 Other statistics revealed by ATO is that the top earning postcode was Sydney’s 2108, which covers Coasters Retreat, Currawong Beach, Great Mackerel Beach and Palm Beach, with an average of $230,330. You can read more about ATO’s Tax Statistics report here.