Every worked with someone who just drove you completely nuts? Or that person who no one gets on with, even the nicest person in the office? 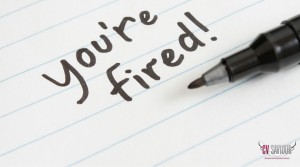 Yep – we have too. So we were pretty pleased to read about how Atlassian dealt with their resident ‘very annoying person’. Read on to see how what they did. It’s no wonder they make it to the Best Places To Work list each year.

At Atlassian nothing is more important than culture.

So when Scott Farquhar learned that the company had hired somebody who was difficult the company co-founder had a simple response.

“A little while ago there was somebody that everyone thought was an arsehole basically, and I asked people ‘well why are they still here?’”he says.

“And we made the choice that they were not really right for Atlassian.

“It was instructive that even as you get larger you need to spend more time explaining to people that culture is more important than job performance, and I will support you at making sure we hire the right people. Or let people leave the company if they don’t fit that culture.”

At Atlassian Summit in San Francisco overnight, Farquhar and co-founder Mike Cannon-Brookes spoke of the importance culture at Atlassian.

The company has been named Australia’s best place to work for two years running, and the second best medium-sized workplace in the United States.

But what is “culture”?

Farquhar says while values are a part of the company that never changes, culture is the environment in which work gets done, and naturally evolves as a company grows.

And the most important ingredient of a company’s culture are its employees, Cannon-Brookes adds, that’s why it’s important to manage hiring practices as a startup grows, something Farquhar admits the duo didn’t get right initially.

“The first 50 people we hired, Mike and I interviewed and hired personally, and then the next 50 people, we were less involved in the interview process,” he says.

“We hadn’t put any values in place, or really structured the types of people we were looking for.

“And then one day we looked at the types of people that were coming to join Atlassian because we had free food and a pool table and ping pong and all these perks. People were joining Atlassisan because of the perks, not because we built amazing software that helps teams change the world.”

Realising they were attracting the wrong type of employee, Cannon-Brookes and Farquhar took a bunch of their first employees on a company retreat, and asked them “if you were going to rebuild Atlassian, what would be the properties you would look for in employees”.

The duo then did the same thing with Atlassian’s executive team.

The results were pretty similar, about 80% Farquhar says, and it was those attributes that became and remain Atlassian’s values:

Open company, no bullshit
Build with heart and balance
Don’t #### the customer
Play as a team
Be the change you seek

Those goals aren’t aspirational, they aren’t attributes Atlassian expects its employees to grow into.

They’re attributes Atlassian makes sure its potential employees fit into, before hiring them.

“We have a lot of customers from a lot of different types of companies and often we get (asked) ‘It’s great that you have these values but I can’t change my X’ and I always say, you can change the people around you,” Cannon-Brookes says.

“You don’t have to have values for a company. They can be a team, department, office, anything right. I think the act of getting a group of people together and sitting down and saying ‘ what do we stand for’ and ‘what do we not want to lose’ is more important than ‘what do we want to be?’

“The other thing we that we didn’t write down that we were very clear on at the start is that we didn’t want to have basic human values [on the list], like honesty, integrity, those sorts of things, those should be inherent or assumed. Otherwise you end up with a set of platitudes that aren’t useful or instructive to people in any way shape or form.”

This article appeared in Smart Company.