What exactly does a recruiter really mean when they say a candidate isn’t ‘energetic’? 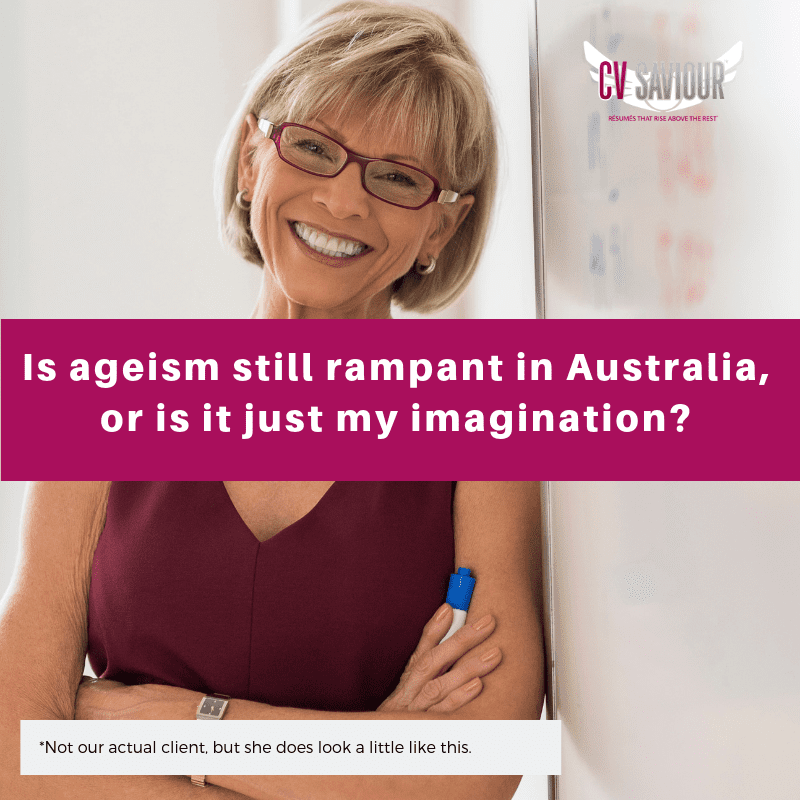 Is age discrimination still rampant in the Australian job market? Read about our clients’ experience here.

A client* of ours recently went through the early stages of the recruitment process with a well-known international organisation. (Well-known for the numerous accolades it has gathered in recent years for being a great place to work, but also well-known to industry insiders for its somewhat unconventional, and some would say gruelling recruitment processes).

(*A bit of background … Behind the scenes, we’ve referred to the client as ‘The Energiser’ – you know, one of those people who sweeps you up in their positivity, their exuberance and zest for life, and their willingness to crack on with things. The kind of person you just want to hang out with because they make you feel like you can change the world, because they have done a bit of that already themselves).

We thought the client was a perfect match for the role – and the company seemed to think so too because less than 2 hours after our client applied for the job, the company recruiter was on the phone setting up interview 1.

Interview 1 was a great success, and interview 2 was arranged 24 hours after Interview 1.

Interview 2 also seemed to go very well too. The company recruiter followed up to congratulate our client on Interview 2 and arrange for 1.5 hours of psychometric testing.

This also seemed to go very well and Interview 3 was conducted.

Our client thought Interview 3 was the best interview of them all, and was preparing for the final interview when the call came through that they would not be progressing as a candidate.

Despite several queries as to why, the only feedback that was provided was that the candidate was not ‘energetic’ enough for the role.

It was something of a Miranda Priestly ‘That’s all’ moment for our client.

We have a sneaking suspicion that it might be linked to the clients’ revelation at Interview 3 that they had had an early first career – that added huge value to the role on offer and the recruiter agreed – and that career lasted 10 years (translation = added 10 years onto their already 25-year career). Our clients’ interviewer at Interview 3 was no older than 30, according to their social profiles.

Only this week, Human Resources Director magazine reported that a government survey has revealed that ageism or age discrimination is rampant in Australia.

The survey results are clear:

Our clients’ experience seems to confirm this.

It also got me thinking … what will be used instead of ‘energetic’ when the very same recruiters find themselves on the receiving end of job rejection in years to come, and how will they feel when they’re told that they’re not ‘energetic’ despite everything they do suggesting otherwise?

So recruiters … when you say ‘energetic’, what do you really mean?

Help me out here – interviews are not my forte – I just write great executive resumes for job seekers. Have I got this all wrong? Isn’t age discrimination in the Australian job market a thing of the past?