Oh, to tap dance to work every day!

Choose A Job You Love

According to a recent article in the Huffington Post, Warren Buffett says he’s tap dancing to work every day. I reckon I would too, if I was him. 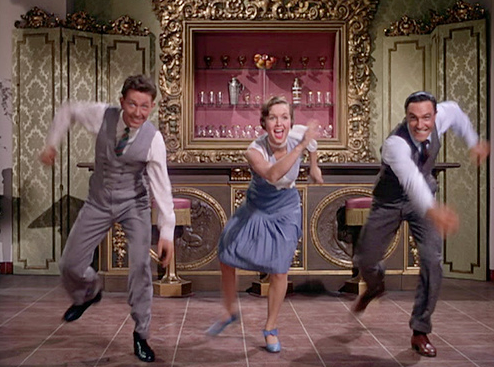 The 85-year-old businessman says choosing a job you love is the key to a long and fruitful career. “I’m tap dancing to work every day. There’s nothing more exciting than to get there. It doesn’t get better than that,” the Berkshire Hathaway executive said Tuesday, according to Business Insider.

“My Social Security check is coming every day. I don’t need this,“ Buffett said of his work, adding there’s nothing he’d rather do in the world.

While money is clearly not a concern for the self-made businessman, whose reported net worth is around $72.7 billion according to Forbes, he advises young people not to chase money.

“I tell the students when they come to see me…. You want to be doing something you would do if you didn’t need the money,” Buffett said.

It seems, he loves his job so much, he doesn’t plan on retiring any time soon, either. Buffett said it would be “crazy” for him to quit his job. “If I quit today — I see these people. They spend a whole week planning their haircut. That is not my idea of living,” he said.

And though he’s pushing 90, Buffett said he’ll continue to power on with his work even if his physical capacity diminishes, saying he’d still be able to buy and sell and do business as usual.

Buffett has previously said his longevity is due to his unusual diet, which includes drinking five Cokes a day, sometimes having chocolate-chip ice cream for breakfast and snacking on Cheetos.

Sounds like an excellent recipe for staying young at heart!